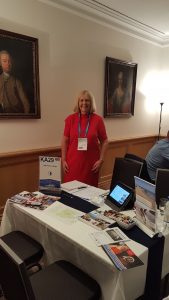 A part of my role as Head of Marketing is to attend workshops and exhibitions designed to meet new educational tour operators.  These events are a wonderful opportunity to meet new partners from around the world – all in one room! 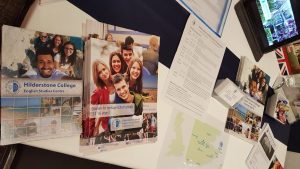 I pre-make appointments and at the event, each educational tour operator comes to my table for a 20 – 30 minute meeting.  In that time, I need to make Hilderstone stand out as being a language school they would like to send students to.  Of course, there is a lot of follow-up afterwards and getting to know each other on a professional basis. 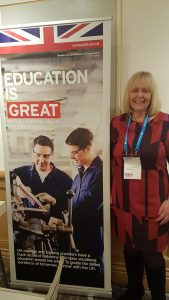 Our partner educational tour operators are paramount to our student recruitment activity and have a very important role in helping students to enrol in the best possible school to meet their personal needs and goals.

Sandwich is a charming town just 15 kilometres from Broadstairs. We often go here as part of a Friday afternoon visit, or you can easily reach it independently by train. It’s a small town but has some really interesting little shops and cafes, and it’s very pleasant to walk around the narrow streets with quirky buildings dating back as far as the 14th century. 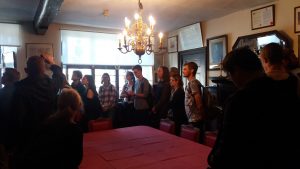 You may be interested to know that the town got its name before the popular snack food! The creation of the sandwich is attributed to John Montagu, fourth Earl of Sandwich (1718-1792), a British statesman and dedicated sandwich gambler, who is said to be the inventor of this convenient type of food so that he would not have to leave his gaming table to take supper. The bread around the meat probably meant that he wouldn’t get greasy fingerprints on his playing cards!

There is a famous road sign near the town, pointing the way to both Sandwich and to Ham – the name of a local village!