do the donkey work

Do the hard and boring part of a job or task 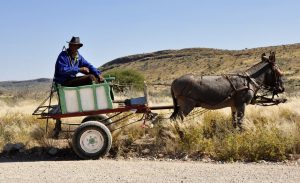 not sleep a wink

Not sleep at all 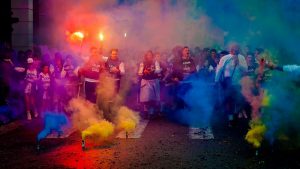 Hang (on) in there 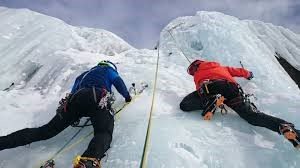 a rule of thumb

A helpful, accurate guide which is based on practice not on theory. 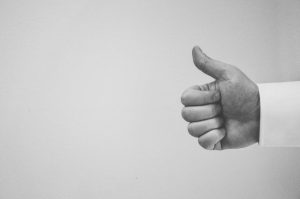 This week we’re looking at SPELLING. These words are notoriously problematic for even native speakers! Can you correct them? 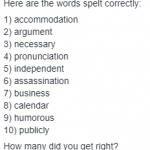 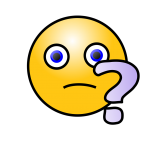 This charming Victorian town is in the south-east of England in the county of Kent (sometimes called ‘the garden of England’), and it’s 80 miles from London. The town is not too big and the city centre is near the main beach, Viking Bay. There are also other beautiful beaches with golden sand such as Botany Bay, Joss Bay, Louisa Bay and Stone Bay. 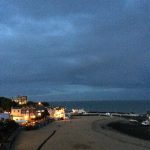 Here there are a lot of shops, cafes and restaurants all around the world, including Chinese, Turkish, Mexican, and Italian.

There is also a little train station, with 2 platforms, where you can take a train to London and the nearby towns. Here, the train, in my opinion, is the best way to travel because it is cheaper and faster than the car or the coach.

The town is known for its sandy beaches, which attract a lot of tourists every year, and some of its buildings such as Charles Dickens’ house, in which he wrote his novel ‘David Copperfield’.

In the town centre there are also, in certain periods, some festivals, like the Water Gala, in which there are rides and the ferris wheel and people playing water games and sandcastles competition, or the Folk Week. In this last event there are a lot of people playing an instrument or dancing in the city centre streets. This is a very particular event and I liked it.

There was a very inclusive atmosphere: all people together with no difference. There were also some stands that sold typical food and objects like clothes, garlands of flowers, handmade objects such as ceramic pots or bracelets, plaques written to beautify the house or the garden but also food such as fresh fruit, crepes and donuts.

During the summer there are also fireworks.You can see them near Viking Bay four times: once a week for three weeks (18th, 25th July and 1st August) and finally on the 22nd of August. Before the fireworks you can dance or listen to live music in the square near the beach.

Who ever believes that Broadstairs is a contemplative sleepy seaside town is far from correct. Especially in the summer months, students from all over the world bustle up and down the streets of Charles Dickens’ beloved holiday destination – in the morning half-asleep on the way to college, during the break at lunchtime in a hurry to the food-to-go shelves in the supermarket or to the picturesque beach, and after a substantial dinner with their host-families they go straight to “The Dolphin” or another quaint English pub. One of the most well-regarded language schools is Hilderstone College – centrally located, just follow your nose from the beach – which is, in my eyes, mainly based on its outstanding teachers. Probably the most charming part is the inner garden, but even more important is the spiritual content of this school. I experienced Hilderstone as an intellectual place where stunning ideas arise, teachers appear to have a never-ending passion for their job, students behave open-mindedly and share each other’s ingenious ideas while having enriching conversations. Teaching thrives on variety, constant encouragement and motivation by the teacher, continuous gain in knowledge, self-confidence and language skills. In addition, recreational activities are also offered in the afternoon such as challenging sports afternoons, amusing folk dance lessons, trips to vibrant and historic cities and places like London and Dover. To top it off, accommodation is provided by caring, responsible and welcoming  host families who make you comfortable during your enjoyable and instructive journey.

I’m having fun studying English at Hilderstone College. I’m always disappointed by my English skill, but I wouldn’t have this experience in Japan. So, I have to keep studying English everyday!

Also, my dream was to study in England, so I’m really happy to be here! I can’t see views like this in Japan. I like walking around my house. Everything is different for me. 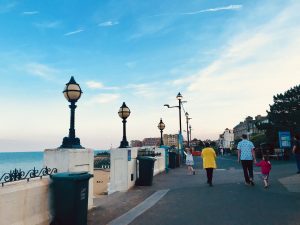 What’s more, you can go to Canterbury from Broadstairs by train. It takes about 30 minutes. You can see the beautiful city and Canterbury Cathedral. Now, it is being repaired on the outside, but inside is really beautiful! I like European countries, because I can see  many churches like this. 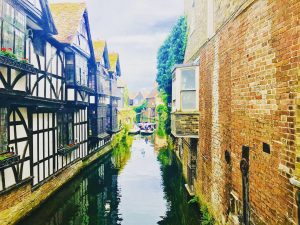 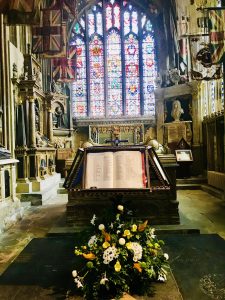 This Saturday, I’m going to go to London to see “Les Misérables”. It was also my dream to see this show in London! A lot of my dreams have come true in England.